Gippsland is the leading source of energy and resources, producing approximately 85% of Victoria’s electricity, 97% of Victoria’s natural gas and 26% of Australia’s oil. With a rich history in mining and electricity generation, the region has strong foundations and infrastructure in the energy sector. While production from the region’s traditional power generators will continue to cover the majority of Victoria’s power needs, opportunities have emerged for the private sector to take a leading role in the research, trialling and implementation of technologies and practices that will enable the more sustainable use of resources for power generation into the future.

Due to large historical energy facilities in Gippsland, we have a network of transmission lines. The largest is a 500KV line, and there are also 220KV lines running to Melbourne and beyond; the 330KV Basslink to Tasmania; and a 66KV line east to Bairnsdale. These provide significant opportunities for renewable energy projects to feed into the grid.

As part of the movement to renewable energy, Gippsland features several wind farms, a solar farm with planning approval and Australia’s first proposed offshore windfarm, 10-25km off Gippsland’s coast. Additionally, there is a significant waste to energy plan proposed by Australian Paper Mills. With strong support from the government, programs such as the Macalister Irrigation District Efficiency Program are put into place to support farm based businesses in the area. The $60 million modernisation project activates the largest irrigation area in Southern Victoria covering 53,000 hectares, dominated by dairy cattle, but also supports horticulture and beef cattle. Gippsland’s water storage and supply infrastructure comprises 13 major catchments, including the Thomson Dam, which supplies 60% of Melbourne’s total water storage capacity. Gippsland is also home to the Victorian Desalination Plant, which provides water security as it is Victoria’s only source of water not dependant on rainfall. 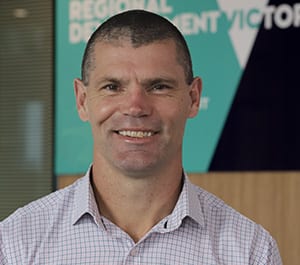